Frenetic is the word people use to describe December/ misterpointnshoot.tumblr.com

They brush on us during early morns. Those breezes are sending signals – oh, it’s December. ‘Tis the season of parties, get-togethers, rush shopping and frantic gift-wrapping. It’s also the time to be visited by relatives (in ever-increasing frequency) and to be polite enough to return the visits. It’s that time of the year when you worry about your figure and the chances of you still fitting in those favorite jeans yet repeating to yourself that there’s still time for exercise in January. Yes, January. Next year.

So, before the sun is out, you get awakened way earlier than usual. The cold is something else. You turn off the aircon, the electric fan or whatever it is that you suspect had the temerity to rouse you from your slumber. You tell yourself that there’s still time – for a small nap before you begin the day’s grind. Then, you thought better and resolved to get going early. You could use a cup of coffee. You could use hot water for your bath. You could use some exercise. Really? Positively.

You managed, finally, to strap onto yourself something that could be taken as halfway decent. Why bother dressing up when about five hours of the day, you’re stuck in the December traffic? One wouldn’t think there’s a worldwide slump just by looking at the throngs of people waiting to get inside the malls. For sure, the GDP is going to register just fine for the last quarter. People tend to put away their worries and their cares for the time being to make way for the herculean task of salad-making and ensuring that the Christmas tree corner looks a tad better than it did last year.

Ultimately, you reached your first destination for the day – your appointment, that is. Only to find out that the person who agreed to meet with you – or vice-versa – could not make it as he/she is still stuck in the traffic. What to do? Raise your fist in objection? Or, your voice? Or, act cool and sound polite?

You choose the latter. It’s Christmas time, remember? After all, goodwill is always a good investment. And no matter how long ago you found out that Santa’s a farce, you still hanker for that chance to tell the world, “Hey, I’ve been good this year. I tried.” So, you declare peace in behalf of the appointment that’s been cancelled/reset/deferred and leave amicably. Yes, amicably.

As you await your serving of sausage muffin and your second cup of coffee for the day, you ponder on the fate of the “little girl.” She’s still going to get a good Christmas this year, with her family – together with the grandchildren, the in-laws and the cousins. Perhaps, the atmosphere’s going to be a bit subdued. No one enjoys having a Noche Buena inside a hospital. I bet the family of her predecessor did not relish the experience, either. But Filipinos are the forgiving kind. Come December, all our sins and transgressions are temporarily forgotten and we gather in embrace, fearful and hopeful at the same time – that the next year will bring us better cheers, if not better lives.

You estimate that there’s still an hour left for you to check up on your emails, go over letters (the traditional kind)  and type away some semblance of responses. You still have time if you hurry. The sun is barely up there. The clouds threaten to send down drizzles. The surroundings look gray, grayer than the buildings that line up the avenue. With the napkin from the fastfood restaurant, you brush the dusts off your shoes, take a glimpse of yourself in the mirror and button up your blazer. Truly, there’s a dozen cares that needs a lookin’ into. But the sudden rush of air that crushed into your nape and face as you make your way out of the establishment just sent you back suddenly to the Christmases of your childhood. When Decembers meant just that: ‘Tis the season to be jolly. 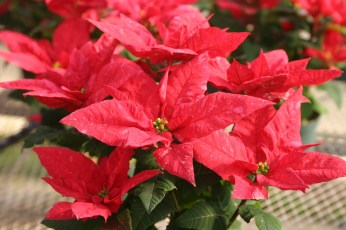