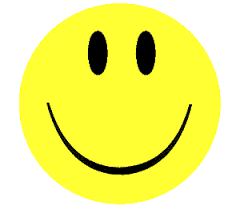 Our mother was a cheerful person by disposition, she usually greeted people with a smile/ mywordwizard.com

Our mother smiled a total of two and a half smiles in the almost three years that she was sick. Her disease was cancer of the colon, stage four, when finally diagnosed. She refused tests. She didn’t want the atmosphere of hospitals and the sight of doctors.  According to her, being examined thoroughly meant that the doctors would find something awfully wrong with her. And she wasn’t the sickly type, which was true.  As far as I know, she was in the hospital only twice before that major illness. She was the kind of person always on the move, one who took rests regularly and on the dot, but not one that could be said to be under the weather. It was not in her books to get sick, as simple as that.

But that fateful year, she was uncannily thin. I noticed it during one of my visits. She was living in the city in the province, in a house our oldest sibling built for her, just across the sibling’s house. It was a huge and nice house but at that time, its second floor was still to be completed.  She was staying there alone, with one of my sibling’s servants accompanying her at daytime, after coming from work. At times, when my nephews were home early from school, they would stay with her – take snacks with their grandma, exchange stories and eat the fruits or chestnuts on the tray – one of our mother’s luxuries when she was still alive. At nights,  somebody would sleep with her – a sibling of mine come for a visit, a grandchild or sometimes, a servant from the house across. Sometimes, she would sleep at the other house.

Our mother was someone used to having people around almost all the time. She often had visitors – former colleagues, old acquaintances, a neighbor dropping by. She was always a busy person, by training and by habit. When not working, one would usually find her tinkering with something – designing a new flower vase, experimenting with curtains or moving furniture around. Ahaha, the last was a crazy habit of hers. It used to boggle me a lot, caused me to be disoriented countless number of times. I always felt like coming into a new home or a new living room whenever I would see that the sofa set was not the way it was, when I saw it last. Or I would be looking for the neat chair – kind of a foot rest that nobody uses to rest his feet on – and it would be in a different corner and adorned anew. Our mother was talented and crazy that way.

So, it was a weekend, I was at her home for a visit. That time, I have been living in Metro Manila close to a decade and a half. It was an arrangement long settled among us – my mother and her children. I mean, there were times when we tried to make her live with us in the metropolis, but she gave it up after a year. Said the big city was not for her. She actually meant she was too good for the big city – what with the pollution, the impersonal relationships and the throngs of people at rush hour. In short, she didn’t like it. She was missing the people she knew – her amigas, her admirers (lots of people adore her) and her students and proteges. She missed buying viands from the corner eatery and pretending that she cooked them. Our mother was someone with a very developed imagination, believe me.

We were then getting dressed, preparing to go somewhere when I noticed that her legs have thinned considerably. Had she been feeling unwell lately, was something hurting, did she think going to the doctor would be a bad idea? Surprisingly, she said she would, if I would accompany her. And so, off we went, to a small hospital in the city for a consultation. Nothing came out of that yet. She didn’t want to undergo tests ordered by the doctor. She said she was feeling something inside her tummy, it was hurting but could the good doctor just prescribe her something that would stop the pain? That was to be the first of our series of consultations with many doctors. I think we did the rounds of all the hospitals in the city – in all, the examinations would be halted at that point when she was to take the tests. She did not want to find out. Whatever it was, she didn’t want to know.

So, for several months, my weekend visits were turned into hospital visits for my mother and me – consultations and examinations that yielded no definite findings. In the meanwhile, she was getting thinner and complaining of more frequent spasms of pain. Then one night, a call from the province came in – our mother has been rushed to the hospital. Several tests were already performed on her. Against her wishes, of course. I do not know to this day how the hospital staff members did it peaceably – subject her internal organs to tests. To say that our mother was stubborn is an easy understatement. She was the type who, when she said no, it’s a no… Anyway, I took the bus promptly and got to the hospital in the city by midnight. I was there less than a minute when one of my siblings said that a senior doctor wanted to speak to me – urgently.

The doctor turned out to be a surgeon and a senior officer of the hospital – led me to a room, showed a series of plates, bombarded me with medical jargons and wrapped it up by saying mother had cancer and had to be operated on, immediately. That night, or dawn, there were two sisters of mine in the hospital, with our mother. Both of them are married and with kids. Both of them are older than me by several years. Both went to college, in the metropolis. Both did not want to talk to the doctors. Said that the doctors were liable to say something big and important about our mother’s illness and were afraid to hear it. So, they were waiting for me – the younger sister. According to them, I could comprehend the doctor’s language better (really?) and I could take the news more calmly.

Could I? Did I? There was no telling. I mean, I do not remember if I took the news that mother was terminally ill with a cool demeanor or a dead-pan expression. I did not receive it with glee, of that I’m certain. I remember rejecting the doctors’ idea that they would bore a hole in mother’s stomach. I flatly refused that. I knew how vain our mother was. In her bed-ridden state, such would demoralize her. I think I called up the oldest sibling. We agreed that if mother needed operation a.s.a.p., it had to be done in a hospital in Metro Manila – for many good reasons. The hospital officers agreed to the transfer, but not without a long list of conditions. I spent the next several hours complying with their requirements – the ambulance (the hospital’s  unavailable, had to source other ambulance service), the requisite medical personnel (a doctor, a nurse and an aide), clearance (after paying a truly exorbitant amount, the hospital’s the most expensive in the province and has a reputation for overcharging) and a high quality receiving hospital.

The last and most difficult requirement was securing a surgeon with excellent reputation in the field. The second oldest sibling, the one who has stayed in the big city the longest, called up her company’s physician for recommendations. The doctor suggested his former professor at the medical school and most senior officer of the hospital he was affiliated with. It turned out the latter was the best colorectal surgeon in the country, with the most impressive credentials. He agreed to take on our mother as his patient. Well done, we were good to go before lunch the next day. The hospital officers, all of them, knew mother’s new surgeon – he was their respected professor and idol, haha. Hours before, those hospital officers, surgeons, followed me around trying to convince me that mother had to be operated on – pronto – or else, she would die. I don’t know, it must be their duty to secure surgery patients but frankly, they did it in bad taste. I did not like it, they kept saying within my mother’s hearing distance – she could die any time soon – that day even. 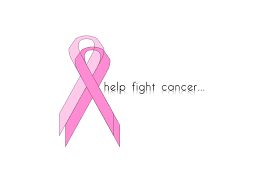 Our mother fought a good and long fight against the much-dreaded disease/ lustforlashes.com

Before the clock struck 12, the ambulance we were riding in was cruising the expressway at 140 kilometers per hour. Mother was in deep pain but I was assured by the presence of the doctor and the nurse inside the van. It was the first of the many ambulance rides mother and I would take, in the next two more years of her struggle with the Big C…

25 comments on “Two and a half smiles”