Forty-five minutes later, the ambulance deposited my mother safely at the emergency room of her new hospital. The same institution would be her second home for the next two years. She would undergo the standard procedure – check-up, medical history, medication while waiting for the operation and the customary pep talk. She was given two days to “fatten up” before being subjected to the needles.

Several tubes would be attached immediately to her body – five in all – as her condition required that most medicines be administered intravenously. The atmosphere at the emergency room was frenetic, but at least, the nurses and the other medical personnel looked to me as folks who were good at their business. I could sense mother being assured of her new surroundings and her new attendants. 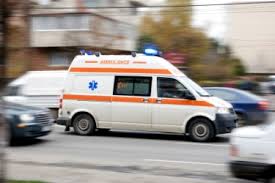 I would say it was one of the fastest rides of my life/ images.yourdictionary.com

The moment the ambulance careened through the gate of the hospital with our mother still able to talk – which part of her was hurting and how much – I was sure that she would still live. The happenings at dawn of that day were just too much – being told by doctors that our own mother could die anytime… I had never punched anybody in the face before, but that was exactly what I wanted to do with those surgeons. I think they crossed the line there, they appeared rather unprofessional…

In this new environment, there are more factors subject to our “control.” The hospital is 15 minutes away from where I live, 20 minutes away from the second oldest sibling’s house and there are more friends and acquaintances we could seek help and opinions from . Likewise, it was a territory we are more familiar with. There was also the knowledge that the big city can offer more by way of facilities, specialists and access to medicines.

Mother underwent surgery and was given a permanent colostomy. The team of surgeons heeded our request not to bore a hole in her stomach. That time, we stayed in the hospital for about ten days, if memory serves right. She was relieved of the pain from the malignant cancer cells growing inside her. But all of her body parts were aching, from the surgery and maybe from the effects of the anesthesia. She was irritable post-operation, indignant at the prescription of the doctors that her nourishment would be served via tubes into the holes of her body.

I don’t know how she felt the first time my siblings saw her after the surgery – she had a tube going into her mouth, another into her nose and one more, into her anus. She had dextrose into which several kinds of medicines were injected, every three or four hours. She had wires and cords all over and about her, plus the line attached to the oxygen tank. Did I say that our mother was one very proud person? I don’t know, she must have felt very bad. She was always conscious of her looks and how people perceive her – even her own children.

The moment she became conscious, she wanted to go home. She was adamant that she could not. She would persuade the roaming doctors to allow her to recuperate at home and failing to get her “request,” she would argue with them. She debated with all of them, except with her primary surgeon, who happened to be 14 years her senior. She quarreled with them, at times… But she charmed them all.  She was a favorite patient. Even the doctors doing their internships would always congregate at her room, by her bed.

All the younger doctors called her “mommy.” I think they knew our mother was a character. One does not just refuse her, they better not, haha. So, they would accept the fruits she would offer them or sometimes, even foods – pastries and such. Our mother was always supplied with roses in the hospital by my brother- in- law, the husband of the second oldest – two dozen red, fresh. Some of the doctors, male or female, would ask for a piece – mother would cheerfully give one each. She knew how to win people over to her side.

But she could not get them to agree to let her go home soonest. She could not get them to allow her to eat real food, which she was missing – sorely. She said she wanted to taste foods that she could chew and ingest, the traditional way. She detested her liquefied diet, she thought the order was irrational and inconsiderate.  When no doctor was around, she would get mad at me, or at my sibling (if one were around) and at me, and throw pillows at us – one after the other.

Mother said she would take a cab home by herself, that is, if not one of her children was willing to go past the rules and sneak her out. We just allowed her – with her nagging, with her allegations and with her complaints – we were just glad she still had the energy to get mad and to throw pillows about. She would resort to the guilty trick, murmuring that we do not know that the atmosphere of the hospital is such that it makes one sick, instead of getting well…

After we were sent home from the hospital, there was no question that somebody should look after mother full time. Who would it be was not even put to a vote. It was simply assumed, it would be me – the oldest unmarried. The younger brother was not even considered. The younger sister was working to put herself to evening class of law school and was then at her fourth year (evening class means it takes five years to finish). It was alright, I wanted to.

I was also the best qualified among us (I was healthier, most of my siblings are fat and would have a hard time moving) and it was my duty, gladly. Our mother needed care by a family member, something I could give… There was no question that I would not work for the duration of her illness, I’d be her full-time caregiver. But apparently, the financial details of the new set-up was neglected among the siblings or, taken for granted. Except for the oldest, who has businesses, nobody else put in money for the maintenance of our sick mother and for the upkeep of the caregiver.

What happened was, I could ask money from the oldest sibling if it were for hospital expenses and for medicines. Actually, the more apt term would be, beg – I had to beg her each time. And I remember that most of the time, I had to cry before she would say that money would be sent over. To this day, I remember the public silver phones at the hospital’s lobby where I would be cringing at the phone’s speaker, tears streaming down my face, asking her please, please, she needs it (the tests, the meds, the infusions) – urgently.

There was no question that the sister would give – she always did, anyway. But it was always conditional – I would let the other siblings know, I would ask the “wayward ones” to mend their ways, I would do a sort of press release of her good deeds… I would always accede, there was no other way. I was lying through my teeth, the wayward ones seem to be beyond reform. But the oldest sister needed to hear it – so, I say so. I would say anything she wanted to hear.

Why is the old sister hard? Our mother is our mother – hers firstly, being the first-born. For one, because she is a lot like our mother – imperious. Secondly, because hers is a rags-to-riches story, (frowned upon by most of my siblings but they could not, cannot, say it to her face). She is the self-made kind – cast from sterner stuff – the oldest on whose mind was most impressed perhaps the dire poverty and squalor we went through as we were growing up in the remote barrio.

Lastly, because she is a no-nonsense person and that does not sit well with several of her, our siblings. In many ways, the oldest was correct about the wayward ones – they reacted very delinquently to our mother’s illness. The other siblings did not put in effort or money for our mother. In the months, years, that followed, they visited her very rarely and asked about her rather sparingly. They were afraid – the Big C happens to other people, not to your own family member…

So, not one of them extended logistics or even time, so I could take care of our mother. No siblings pinched in so I could afford groceries, fare to the hospital, to the drugstores, meals – in the meanwhile. For five months, I think my mother and I were okay by way of money. I had a sum saved which we used to keep us afloat – eating and able to pay the utilities. On the sixth month I was going through my old purses, looking for the kept crispy bills that I usually never spend.

Our situation was untenable. I had to have some form of income. I appealed to the oldest sister, could she give above the hospital and medical expenses? She said no, a flat no. According to her, I should ask from the other siblings – they are our mother’s children, too. They are, but obviously, not one of them wanted to deal with the situation. I am the seventh of the brood. Between the oldest and me are five more siblings, all married, all older than me. But they turned their off mode the moment our mother became gravely ill. The second one found mother’s surgeon, remember? Then, she put on her earplugs, as well.

I am looking at things several years past, since our mother was gone. I am trying to see if it was just me or were things really that way – that my siblings were in escape mode the whole time our mother was sick until her interment. Could it be part of the reason why our mother smiled only two and a half times?

28 comments on “Two and a half smiles, a reckoning”