One can hear it, can feel it –  the rain and quiet of an afternoon with soft pitter-patter of droplets barely making it to the grounds, announcing the nearness of yuletide. It’s the season of calm, of children freshly fetched from schools playing some one hundred meters away and the occasional tweets of common jays foraging for rice crumbs in the compound. Some forgotten moments before the traffic rush people and feet again at 5pm, before tires screech to full stops and before the hustle and bustle of another day almost over, but not yet. There is a host of needful things to be done – lists, carryovers and yesterday’s errands – crying for one’s attention. 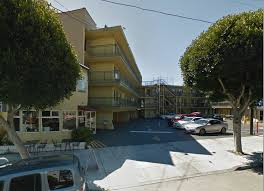 Small droplets of rain were falling on the ground one afternoon/ persquaremile.com *image of SF parking lot borrowed, not related to the post*

There’s something to be said for the season. Day times are generally hot and the gusts of wind come pleasantly humid. Yet, if one happens to be in an open parking lot before sunset, a shaded corner would gladly remind that indeed the season has changed. The vendors passing by are the same – same outfits, same greetings, same small talks. But their gaits have something about them – more energy, more anticipation, more hastes? More obligations, perhaps? More reminders of time passed and time remaining. More time to make or to catch up with? It’s hard to tell. A car instantly sped by, two employees in uniform walked fast, chit-chatting in a hurry, a delivery van parking its way into the area slowly – circling first, circling again. Several people started to mill about, in groups of three or four.

Suddenly, there’s commotion. Feet hustling. People running about. One man dashed in the center of the melee, a rather huge man in short-sleeved barong, looking much like a security guy. Several women and two men made way for him. He had with him a device, a tool of some sort. He was followed by two shorter men, one alert and the other, not quite. A circle was beginning to form around them as they bend down to scrutinize the fallen body. One of the men asked the people around to move 10 feet away. A woman security entered the semi-circle, clasping a logbook. She whispered something to the big guy. They both looked up, as though trying to size up something in the sky. They whispered to each other again and then, looked knowingly to each other. The big guy said something in low voice to his companion.

From a distance, siren sounds were closing in. One, apparently from a police car. The other, from an ambulance, some kilometers away. More and more people have come down from their buildings, it’s twenty past five. Men in their neckties, women in their dresses and several assortments try to make it through their regular routes in the parking lot. The surroundings has darkened considerably. The sun has set 12 minutes ago, but nobody noticed. Everybody was in a hurry. The traffic at the main avenue promises to be its usual. The delivery van was settled in its slot, its driver – nowhere to be found. Some of the curious onlookers have slipped away, many still had to clock out. But there were more who came by to ask what happened, what transpired while they were answering the phones in their respective offices, checking out the last-minute emails, sending out messages via LAN. What happened while they were putting away files and clearing the OUT trays? Nobody seemed to have the answer.

The soft rain has stopped. The wind has cooled somehow and darkness seemed to envelop the whole perimeter. Nights come early, a month and three days before Christmas. Several buildings far and near have opened their lights. The business district still feels and appears busy. A man with a DSLR camera was trying to make his way through the throng of people in the lot. There is no saying if those people gathered about were the same folks who were there 25 minutes ago. Policemen were already there, but they were not cordoning off the crime scene with yellow ribbon yet. They simply asked the spectators to move 15 feet away. Fifteen feet, this time. Also, they were waiting for the ambulance crew. The big guy conferred with the leader of the police in a corner. Meanwhile, his partner put a white sheet on top of the found mangled woman’s body. Then, the huge man went to the almost center of the crowd and gesticulated, seeming to drive the mob away.

“The body has been dead two or three hours ago before it was put here. No one saw how it was done. It was raining… You may all go home.”

The man with the camera clicked his apparatus several times before the ambulance crew lifted the body onto the stretcher. The murmuring crowd dispersed as though on a clue. In less than five minutes, less than ten people could be seen in the open parking lot.  Only three cars and the ambulance on the way out could be discerned in the parking space that was full an hour ago. Relatives of the victim came last minute, delaying the vehicle’s departure. A minute later, there was hardly any evidence of the grotesque that took place. No sign that it has rained, either. Almost everything appear to be in their usual places. Once again, the place feels deserted. Only the quiet was hovering.

*Just trying my pen at fictions, folks. Not to spoil the season of giving, no. Btw, the idea came from the news items in the last two weeks. I would appreciate it if nobody would sue me. Yours truly has no money for the litigation. 😉 *

22 comments on “The rain and quiet”